5. How to remove a buried oil tank

5. How to remove a buried oil tank

How To Remove A Buried Oil Tank

We did a lot of research on how to remove a buried oil tank the right way. We needed it done fast and we couldn’t afford any delays. So it had to be done the right way to avoid future delays. We contacted a seemingly good company that knew what they were doing. We actually called several companies and the prices vary. Some were outrageously expensive, others were not so bad. Some were cheaper but it would take long for the soil sample to return the analysis, and others were a bit more costly but the return of sample analysis was faster.

We decided to go with Enviroshield, and overall they were very good. Highly recommend them. They quoted us about $1400.00 to get the tank removed and do a soil test. It took us 2 weeks to finally get it to this point but finally, we can proceed. We called mark before you dig, and they came by. Not only did they mark where underground cables were, but they also cleaned the entire (long) driveway. Yeah!!

Soon the crew arrived. I could tell they were serious. Look at the toys they brought!

How To Remove A Buried Oil Tank Step By Step

We Buy Houses In Connecticut, buys with the intention of rehabbing and flipping houses. If you have a house you want to sell, get in touch with us. We offer great prices for your house, especially if they need considerable work! 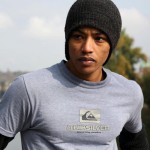 Hello, I am often referred to as "My Supreme Overlord Of The Known And Unknown Galaxy". To make it easier for you feel free to call me MSOOTKAUG. This is all for now!